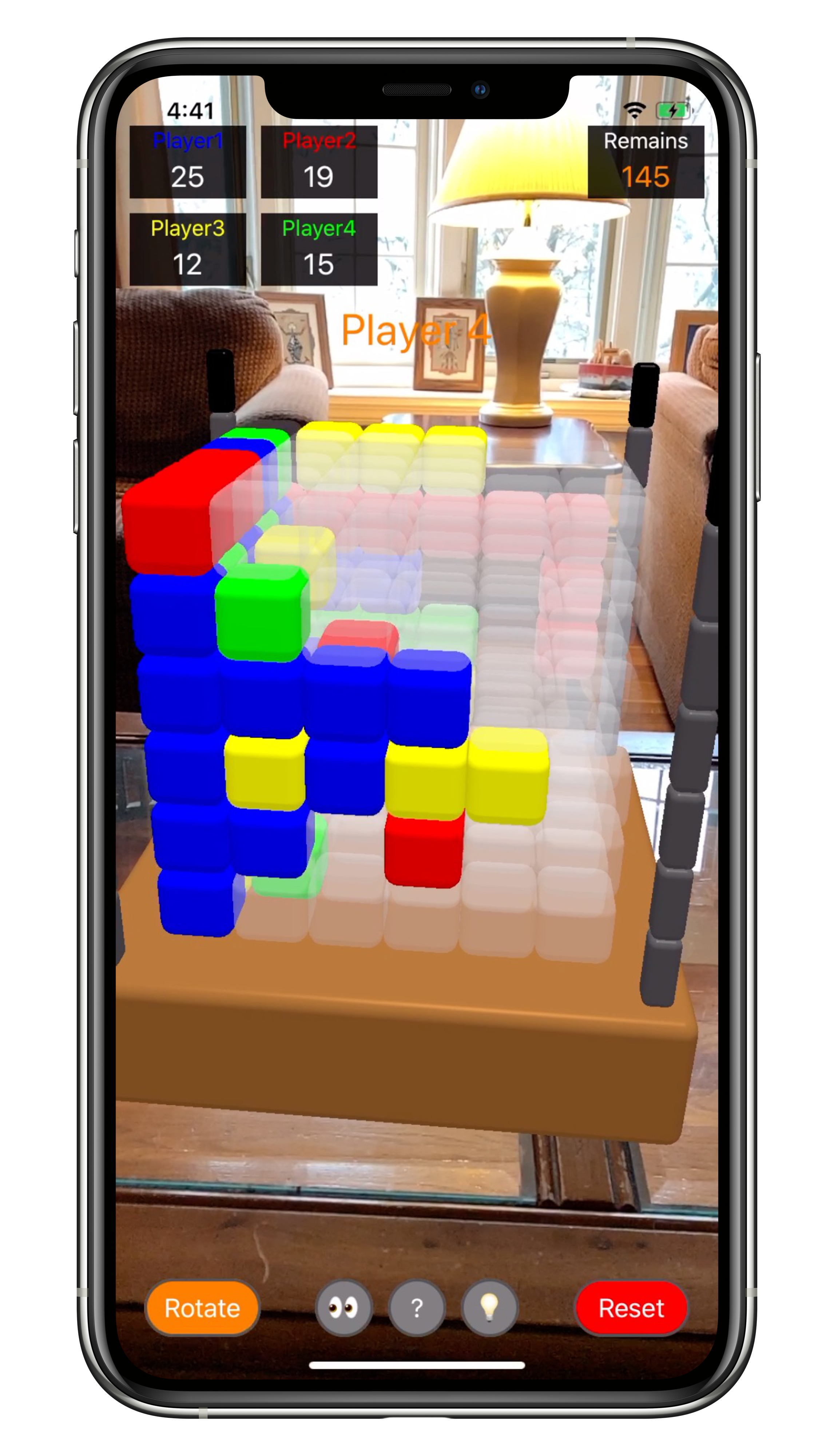 Play Augmented Reality 3D board game with family and friends. The player who takes the most cubes is the winner.
Anyone can play this simple and fun game.


Check out other Apps!