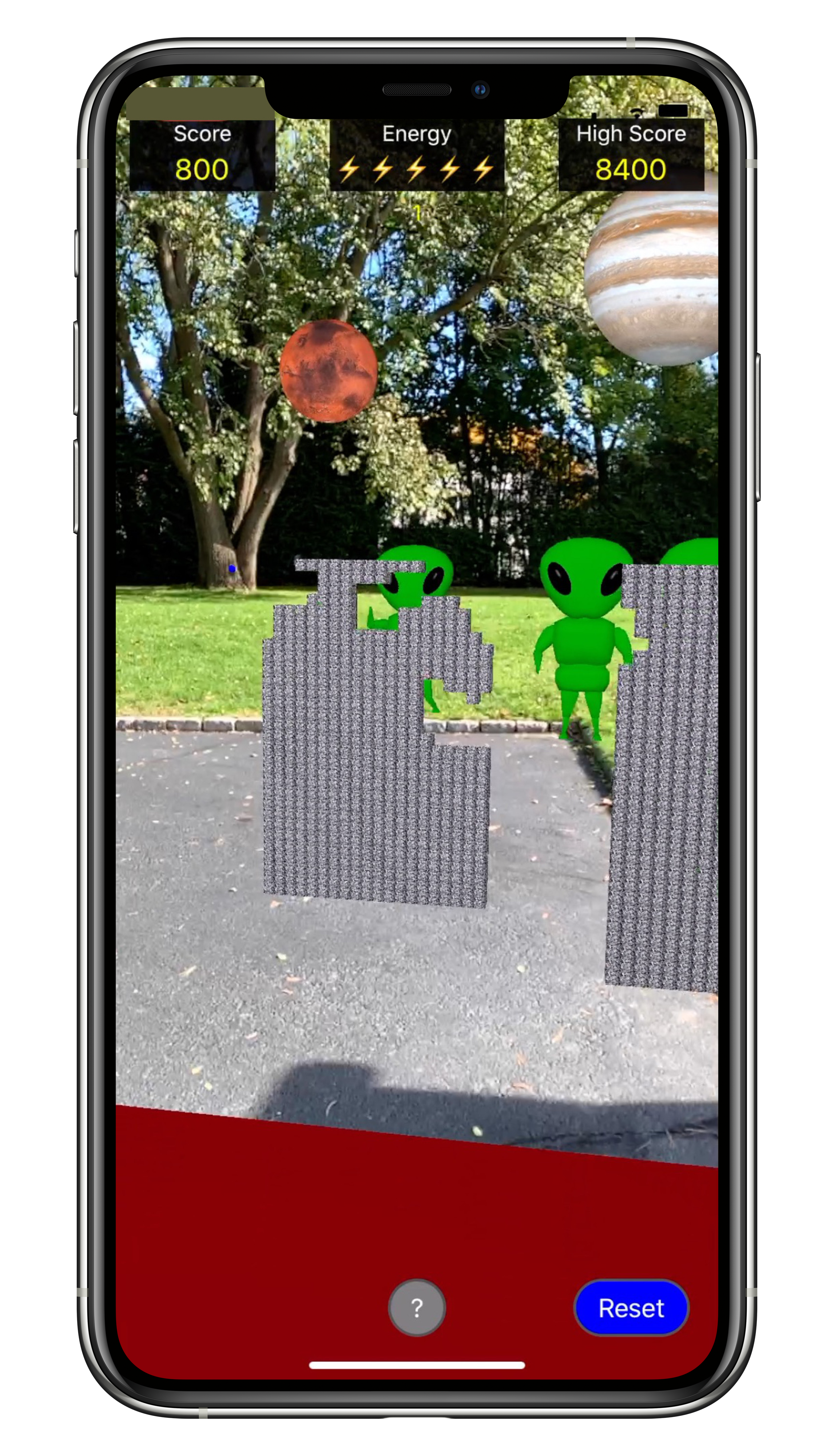 Space Aliens land in your backyard.

Save the earth from invasion by Space Aliens. Dodge their attacks by moving around physically. Tap the screen to shoot at aliens and UFO.


Check out other Apps!